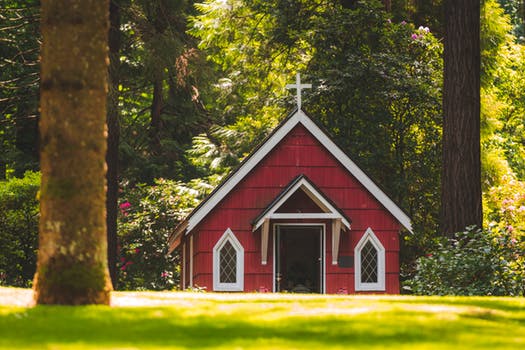 Never on a Sunday – Guest Blog by Mary Matestic

My memories of Sundays as a child are quiet ones. Stores were closed for the most part; but there were two that stayed open until noon. The corner IGA store, which sold hot ham and rolls and the pharmacy/ice cream soda shop across the street. So after Mass on Sunday our family was one of many who lined up for the ham and rolls and, if we were lucky, we got an ice cream cone across the street. If we arrived a minute past noon, the doors of both were locked.

It is hard to imagine a world without malls, box stores or mega sports arenas that captivate our Sundays today. Could we say that the allure of these places has usurped the sense of Sabbath that God intended for each of us? Sabbath, historically and biblically, was a call to slow down, not to mow the lawn or wash the car. I remember I learned to sew and I loved the art. Yet, my mother told me no longer than two hours could I spend at it. Sundays offered the world a slower pace, country drives, visits to relatives or family games. And core to the day was, of course, Sunday worship.

Bishop Robert Barron, in his book Catholicism, says that much of modern secularism can be interpreted in this way: that for the first time in history, a culture is developing in which indifference to God is normative.

And so the empty pews on Sunday, the myriads of young adults who have abandoned the faith of their childhood, the priorities given to sports and to leagues which call families away from worship on Sunday to more exciting competitive arenas…it has become normative. God, or our relationship with the Divine, has been pushed out of the very framework of our lives.

Maybe it all started when society threw out the Sabbath understanding of rest.  Malls opened up for shopping on the holiest day of the week. Sales lured the population into overspending and credit card stretching. Not to mention the sports industry that has become the American pre-occupation. I had a professor of moral theology who once said that sports had become the new American religion.

The reality is that Christ rose from the dead on the “First Day,” the Lord’s Day, and tradition has invited us to remember the God who created the universe, sent his Son to model mercy, and sent his Spirit to continue the works of God. The Sabbath continues to be central to our worship experience despite the direction culture has taken…a culture that has become indifferent to God. The third Mosaic commandment stills reads like poetry:  “The seventh day is a Sabbath of solemn rest, holy to the Lord.” The Sabbath was always the sign of the irrevocable covenant that God made with us, his people.

So if God rested on the seventh day, humanity must also rest from the everyday demands of work, and build into that day time for God. For those whose job requires a Sunday shift, rest can come before or after work commitments. The soul needs rejuvenation and time for refreshment.  Rabbi Abraham Heschel says so clearly: “What would be a world without Sabbath? It would be a world that knew only itself or God distorted as a thing or the abyss separating Him from the world; a world without the vision of a window to eternity that opens into time.”  It will lead to loneliness, isolation and a culture where indifference to God is normal.

A Different Kind of Rest