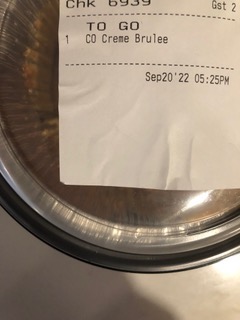 Life is full of surprises. There are the fun ones, like a surprise birthday party or when your college age child comes home for an unexpected visit. Then there are the not so fun ones like positive Covid tests and cancelations. (I’ll explain in a minute.)

Our ten-year-old grandson James has found a new way to make my life exciting. He likes to sneak up on me, say “BOO,” and watch me jump. I’m not sure if that kind of surprise is a fun one or a not so fun one.

Surprises are a challenge to my need for order and control in the people and things around me. I like predictability. I like to know what to expect. And I don’t like that Jack-in -the-Box rush of adrenaline when things just come out of nowhere.

I’m also hyper-vigilant so it’s hard to pull one over on me. I’m hard wired to always anticipate, be one step ahead of the game. So, I’m usually hard to surprise and I like it that way.

I feel very uncomfortable when what I thought would happen, and in the way I thought it would happen, doesn’t happen. Something totally unexpected takes the place of how I have it neatly arranged in my head.

The last couple weeks have been a marathon of surprises that have me waving the white flag. I think God has decided it’s time for me to work on letting go of my need for order and control. He gently wants me to hand it over. It’s something that keeps me in bondage and away from the freedom He so wants to give me. It’s an unnecessary burden I carry around. He wants to free me of it.

The pruning has begun and it’s been relentless. Let me give you a rundown of the surprises I have had in just the last ten days.

It started last Tuesday. The doorbell rang at noon as my husband and I were minding our own business, eating lunch. Surprise! There was a couple at the door asking if we were still selling our condo. (Our condo is for sale.) We said “Yes”, they said ‘We’d like to buy it.”  They have another unit in our condo complex so they were familiar with the layout and facts and figures. They weren’t all that interested in walking through it but did anyway at our insistence. They made an offer that afternoon, we signed it on Thursday. Done deal.

The timing of their surprise was impeccable because the next day, Friday, my husband was scheduled for the spinal surgery on his back that he had been trying to avoid for ten years. We found out two weeks before that the surgeon was able to squeeze him in. Surprise!

We went to bed Thursday night feeling so relieved that the stress of selling the condo was off his mind and optimistic that finally there might just be an end in sight to his chronic back pain.

Surprise! The phone rang at 6:30am on Friday, an hour before we were to leave the house for the hospital. The nurse informed us that insurance denied the claim. There would be no pre-approval for the surgery so it was canceled. The surgeon would have to appeal the decision which could take weeks or months even.

Oh well, we had waited this long, what’s another few weeks or months. Our anniversary was coming up on Tuesday. That’s something to look forward to. Surprise!

My husband tested positive for Covid that morning. We had dodged the Covid bullet for over two years but it finally struck. We spent our anniversary sending romantic texts back and forth from our isolated rooms like “When can I take more Tylenol?”, “Can you bring me a cold washcloth?”, “I feel like #$%*!”

God never ceases to amaze me at how He knows what we need to shed in order to feel the freedom and peace that comes only from dependence on Him. And He can get so creative in how He helps us through the process. I know this latest saga isn’t over, but I will try not to be surprised at whatever comes next, because I know I am in good hands.

Oh, and one more. Surprise! Our daughter showed up at the door with an anniversary dinner. God is so good, and so was the crème brûlée! (See picture above.)

For Better, For Worse