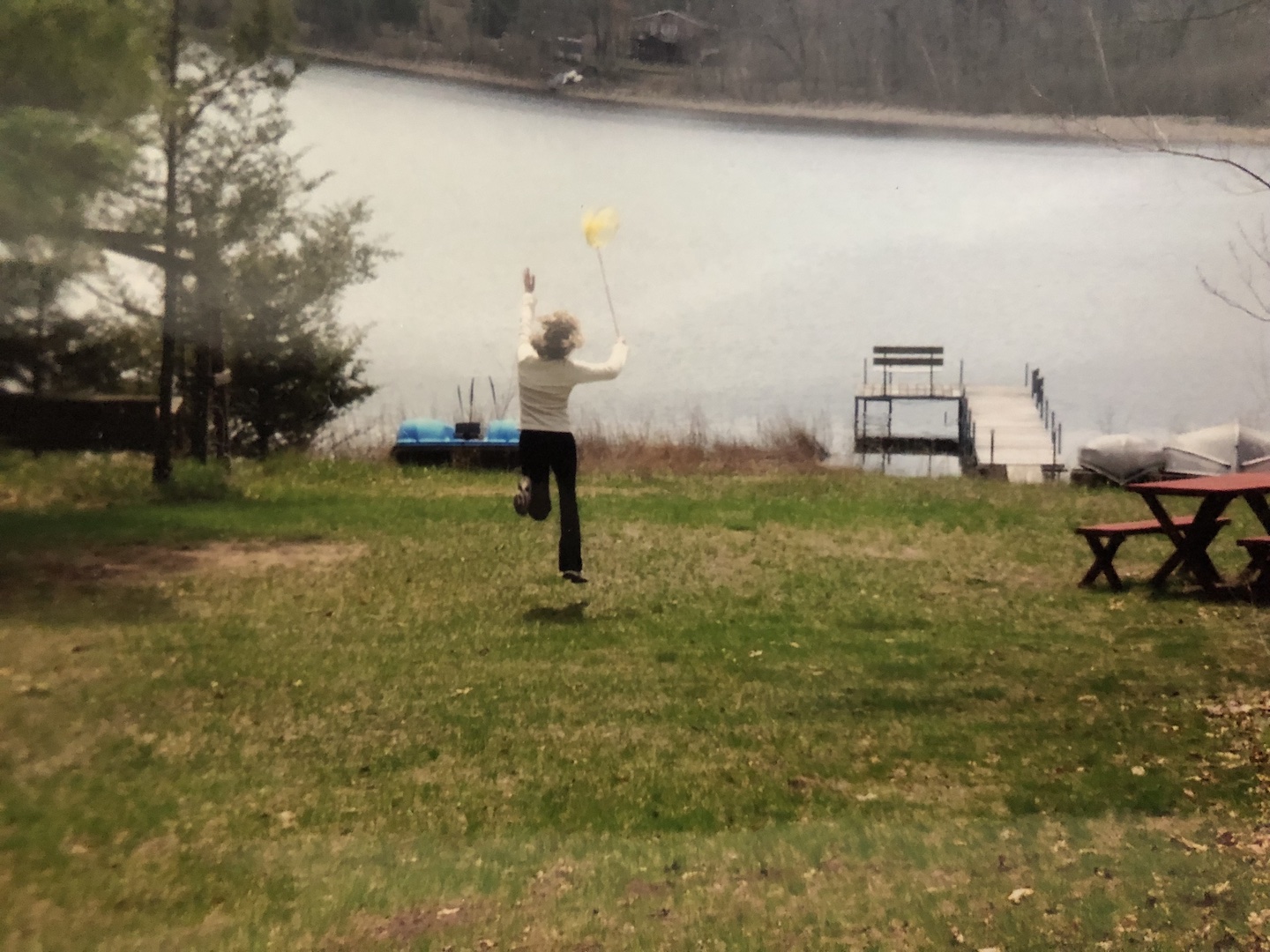 This morning I woke to the sound of birds chirping, the sun peeking through the blinds, and a mild breeze through the window. That combination triggers a brain pathway that automatically transports me to my childhood and the carefree days of summer. They were the best. Long, lazy days filled with simple pleasures.

The sound of the Good Humor truck that made us drop whatever we were doing and run. My August birthday party where I was queen for a day at Par King, the local mini golf course. The endless days spent in the forest preserve behind our house playing “Lost Girl Scouts” or re-enacting scenes from Little Women. We would set up camp sites in the brush with pots from our kitchen set hanging by ropes from the branches and the plastic corn cobs and baked potatoes stuck in the ground ready to harvest.

Then there were the carnivals my sister and cousins and I would put on for the neighborhood. We spent more time designing, coloring and distributing the flyers than on the carnival itself.

And the annual, anxiously awaited, visit from my summer buddy. Our neighbor two doors down who was like a pseudo grandma to me had a grandson, Gary, who was my age. He came to visit her for a week each summer. We were best buddies for one week each year. Feasting on crunchy peanut butter and jelly sandwiches (we only had creamy peanut butter in our house) and playing for hours with Nikki, the black poodle as Gary’s grandpa played “Give My Regards to Broadway” on the organ.

What happened to those? I can’t quite pin point when, but things changed. Life lost it’s carefree-ness.

Everything got complicated. The Good Humor truck became obsolete. Birthday parties and mini golf became babyish. Playing in the woods all day seemed a bit dangerous as did Gary! Once we realized we were a boy and a girl, everything seemed to change. And crunchy peanut butter showed up on the high cholesterol list.

I want it back. I find myself longing to feel that freedom again. To feel totally absorbed in the moment like when I was back in my childhood. When I didn’t have enough of a past to get stuck in and didn’t really think about what tomorrow would bring. That’s why I love being with my grandchildren. It’s where I can live each moment as the gift from God that it is intended to be.

I think God wants us to live in that carefree-ness. That was his plan when he created summer. A time to hand over the cares and be free.

This week eat a Good Humor bar, go mini golfing, pretend you are lost in the woods, find someone your age to eat a crunchy peanut butter and jelly sandwich with, or take up the organ!

Do whatever it takes to feel summer free.