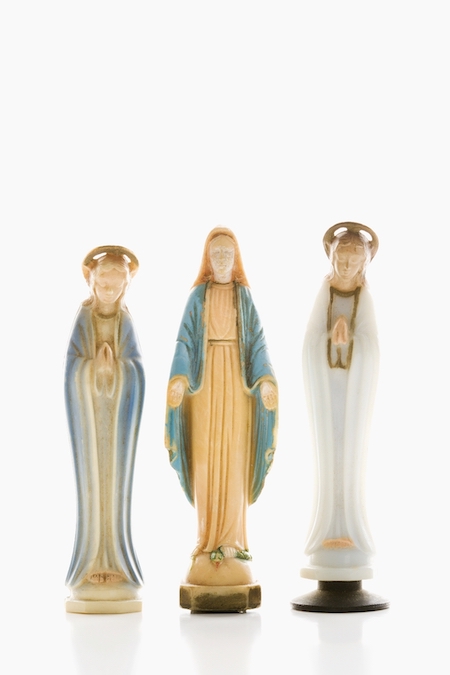 By Joan Carey
No comments
0 likes
Ponder This

For the most part I don’t think there are many real coincidences. Yeah, I suppose when you show up at a dinner with the same dress as the woman sitting next to you, that might be a coincidence – and an embarrassment I might add! But to me, things happen for a reason.

Take, for instance, the time I was at eight o’clock daily mass, a little anxious because I was going back for a repeat mammogram later that morning. There was a density.

I got on my knees and prayed for the Blessed Mother’s intercession. Just as I finished my prayer, a gentleman came up to me and handed me a bag and said, “I want you to have this.” I opened the bag and in it was an 8×10 picture of the Blessed Mother that he had gotten on a pilgrimage to Medjugorje.

Coincidence? I think not. What comfort that brought me…that whatever I faced later that day, I knew my prayer had been heard, and that was all the assurance I needed.

Do you ever wonder how God does that? How does he make it so that our lives perfectly intersect with those who have just what we need, and just when we need it? Or how do we provide just what someone else needs just when they need it?

Coincidence? I don’t think so.

God’s love and provision? You bet.

Matthew 9:20-22
A woman suffering hemorrhages for twelve years came up behind him and touched the tassel on his cloak. She said to herself, “if only I can touch his cloak, I shall be cured.” Jesus turned around and saw her, and said, “Courage, daughter! Your faith has saved you.” And from that hour the woman was cured.

A Mom to the End